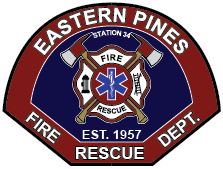 When Greenville suspended fire protection in rural areas, a group of men met in October 1957 to discuss the possibility of organizing fire protection for the Eastern Pines community.

Roy Hardee, then President of Greenville Fire Rescue, and Vice-President of the Pitt County Fire Association, predicted that in the near future, Pitt County would be under one fire control to better serve rural residents.

The next meeting was held November 11, 1957. The elected fire officers were as follows: Hugh Hardee Jr., Chief; Judson Porter, Captain; and Melvin Stokes, Lieutenant. It was reported at the meeting that we could secure a war surplus truck, and four men made a trip to Raleigh to bring the truck home. Hardee and Cox of Greenville installed a 500 gallon tank on the truck with the help of many firemen.

The first truck was left in the most convenient and accessible location - Jasper Boyd's store, on NC Hwy. 33. It remained at this location until our first Fire Department building was erected in 1959 on a lot donated by Leon T. Hardee Sr. We meet in this building for seven years, during which time we purchased our second truck, a 750 GPM pumper.

With the need for more space, the department purchased a lot from J. L. Porter in 1974. Farmers' Home Administration (FHA) made a loan to the department for the sum of $50,000 to construct a new building. This building was dedicated on September 21. 1975.

As we grew, it became apparent that we needed more land for future growth. In 1982, we purchased a lot adjacent to our present location, which is now the lot on which the Eastern Pines Rescue Squad is located.

In the 50+ years since Eastern Pines was established, we have made great progress and have been instrumental in saving many lives and property. We currently have approximately 40 members who are always ready to render aid when needed.

message from the fire chief 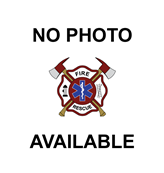 The basic objectives of all emergency services providers are life safety, incident stabilization and property conservation.  Simply put, people come first! Our firefighters at Eastern Pines are our greatest asset; all of the fire trucks and the gear they carry are important tools of the trade but they are useless without well-trained firefighters. For this reason training receives a lot of attention at Eastern Pines.  Second to training, we are committed to ensuring that our firefighters have the right equipment and tools to handle any emergency.  Thirdly, we strive to provide our citizens with economical fire protection that passes cost savings on to our property owners whenever possible. By effectively managing our tax district, fund raising and grant writing we feel we are accomplishing our goal to the best of our ability. The National Volunteer Fire Council’s Fire Department Costing Model Calculator estimates that EPFR saves each person in our district up to $570 - $890 per year for a total annual savings between $5.0 and $7.8 million dollars. In addition, by achieving a Public Protection Classification rating that is two points better than the minimum standard, property owners are the beneficiaries of significant fire insurance savings.
For example, if you own a stick-built home worth $100,000 you should pay $301 less in fire insurance premiums per year living in our fire district than if you lived in another district that only meets the minimum standard (class 9). Meanwhile you would only pay $.05 per $100 in property tax value towards fire protection, or approximately $50 per year. The effective result is $251 in your pocket each year! In closing, at Eastern Pines our motto is, “Striving to make a difference.” Everyone here understands that when a citizen finds themselves in need of our services that they are most likely having a bad day. It is our goal to make a difference for that person; to limit the impact of that incident on that person’s life as much as we possibly can.